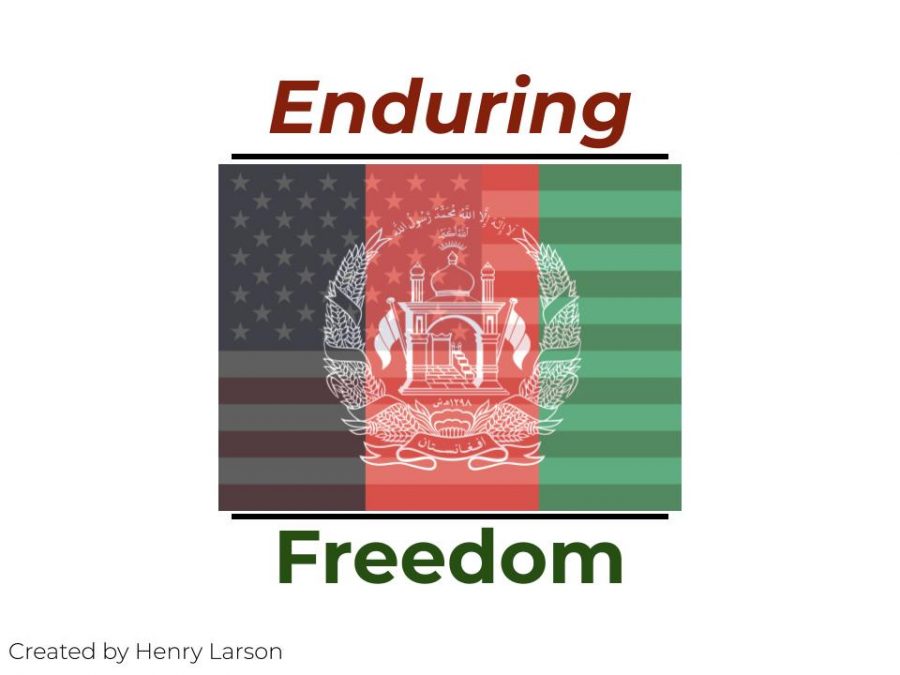 From FHS Publications and the Royal Banner comes a take on contemporary historical journalism like you've never heard before.

America launched the invasion of Afghanistan in October of 2001.

What prompted the United States to start the longest sustained conflict in its history?

Listen on iTunes, Spotify and Soundcloud.

Larson: October 7th, 2001. Kandahar province, Afghanistan. The sky is lit ablaze by missile strikes. F-14 and F-18 fighter aircraft are launched from US carriers based in the Arabian Sea. They attack dozens of training camps and militant staging areas throughout the region. B-52 Stratofortress bombers fly at high altitude, hitting even more targets with vast amounts of bombs.

Larson: Less than one month after two aircraft hit the World Trade Center, and a third the Pentagon, the United States of America has commenced Operation Enduring Freedom. This operation begins what will become the one of longest sustained conflicts ever faced in US history.

Loyn(BBC): “At the Pentagon, today’s strikes were described as the intial phase of a sustained operation using all the instruments of US power.”

Larson: Since then, almost 2,400 servicemen and women have lost their lives in the war in Afghanistan. It’s a conflict that will define United States foreign policy and politics for years to come.

To answer this question, we need to go back 50 years earlier, to a time when it was the United States that supported the very same men who would later go on to create the Taliban and Al-Qaeda.

My name is Henry Larson. You’re listening to Enduring Freedom.