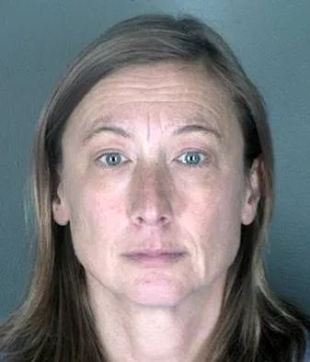 Marilyn Lori, a former mental health worker at Fairview, was arrested in October.

On the evening of Tuesday, December 3rd, Principal Stensrud held an “Evening with the Principal” meeting in the College and Career Center. The majority of the evening was spent discussing the recent arrest of a Fairview student, Aidan Atkinson, and the school’s response.

Many parents had questions about Marilyn Lori, a former mental health worker who was embedded at Fairview in 2018. Stensrud was quick to distance the school from Lori, who was an employee of Mental Health Workers.

He said that, “some time after the [2018] dance, one of the alleged victims contacted our school social worker, a mental health worker, who is contracted through Boulder Mental Health. [She was] not a BVSD employee…The mental health worker did not [report the incident].”

Mental Health Workers contracts with the district, and provides resources to schools across the state.
“The mental health worker did not [report the incident].”
Stensrud also referenced Lori’s departure at the end of the last school year, but said her absence was because of a potential career change.

“She had resigned in December. Not because of this, she just wanted a different career,” said Stensrud.

Documents obtained by the Royal Banner, in a Colorado Open Records Act Request, revealed that Principal Stensrud was aware of Lori’s departure from the school as of October 24th, several days after Lori announced she was leaving Fairview. 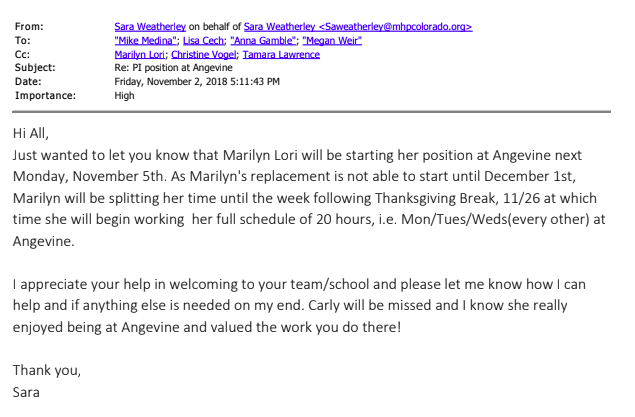 Lori was subsequently embedded at another school, and was replaced by the current interventionist, Karen Van Zuiden, who reported Atkinson’s alleged assaults in August 2019, almost a year after the alleged incidents took place.

“In August, our new Mental Health Worker, along with one of our counselors, got reports of [Atkinson’s alleged assaults]. They immediately contacted our school resource officer,” said Stensrud.

On December 16th, Superintendent Rob Anderson referenced the mandatory reporting policy in his first email about sexual violence since he was selected by the BVSD School Board.

“Every school district employee is a mandatory reporter and required to complete annual training about reporting child abuse and neglect immediately to authorities.”

The email was sent to parents and staff, not students.

Fairview administrators have taken steps to address sexual violence in recent days, the most promoment being a training, organizied by MESA(Moving to End Sexual Assault), on January 6th.