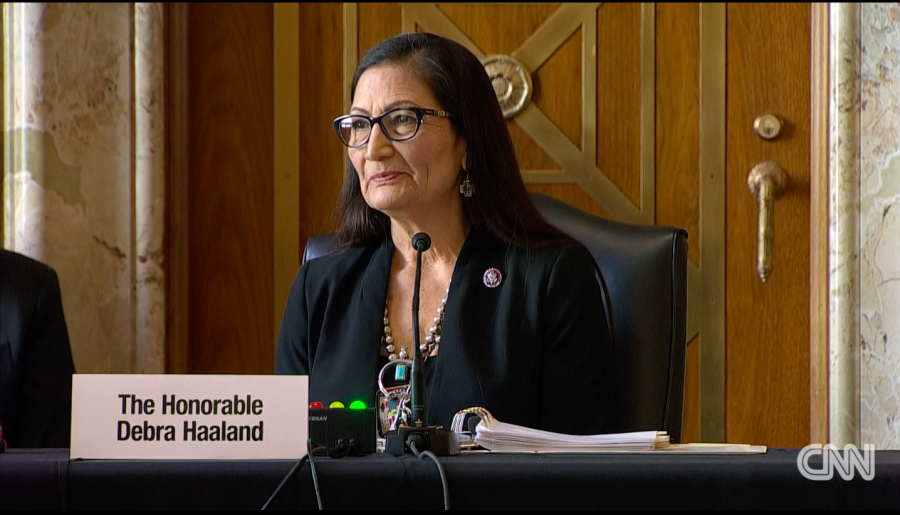 I remember I was very young, sitting in the bed of a pickup truck. The scorching New Mexico sun was beaming down on me. The dusty hills ran off into the distance, and seemed to reach up towards the sky far away. It was a moment when my soul felt at home.  Something beyond a roof and a door, something that drags you back inexplicably. Nestled in the Northern New Mexican desert, Santa Clara Pueblo, the home of my family and tribe still calls to me. Native lands hold power and history.

Among the 574 federally recognized Native American and Alaska Native tribes, a vast majority have remote, small, and detached areas of land. Due to the attempted cultural elimination by American settlers, Native communities have historically suffered greatly. High poverty, alcoholism, underrepresentation, and cultural invisibility have pushed Natives to the edge. These issues are difficult to overcome, as no federal protections are in place. Tribes are self-governing, meaning the laws of the land are determined within their own council. However, tribal law is infamously complex and convoluted. For years, there has been a National Indian Law Library here in Boulder.

The federal government has long been conflicted on how to govern Native populations, as there are still significant wounds to be healed. Eventually, a “catch-all” was created, and the Bureau of Indian Affairs was put under the control of the Department of the Interior. The BIA provides healthcare, policing, education, and general community support to Native communities nationwide. Being included in the DOI is significant, as all the US’s land is managed by the department’s agencies: the Bureau of Land Management, US Geological Survey, and the National Park Service are just some of these agencies.

From the anti-pipeline protests at Standing Rock to the nuclear-waste dump on Mescalero Apache land, it is clear that land is still a very prominent issue within Native politics. I come from a family of Natives who have worked with these issues. My mom served as a senior policy adviser for Native American Affairs at the Department of Commerce, my uncle worked as cabinet secretary of Indian Affairs for New Mexico, and my grandfather has an honorary doctorate from Tulane for his extensive work to preserve Native culture, an example being his service as the first Native on the President’s Committee on the Arts and Humanities. I like to think that there’s nothing more powerful than a strong Native leader.

My pueblo is located just north of the 1st congressional district of New Mexico, which was recently honored by having its representative be nominated for the position of Secretary of the Interior. Deb Haaland, a Laguna Pueblo woman, embodies another monumental step forward in the modern fights of Natives. I know my family has met her, and personally, this is the first time I feel truly represented in American politics. An enemy of oil-rich Republicans, Haaland has been endorsed by nearly every tribe, policy group, and friendly Democratic politician conceivable. Just a couple of days ago, Haaland also presided over the debate for, and helped pass the Equality Act in the House, which would secure rights for LGBTQ citizens nationwide.

Normally, I would be opposed to symbolic choices for a position based on race, however I believe that Haaland is uniquely qualified to lead the department. She has a truly unique opportunity to directly connect with and forge a good relationship with many historically estranged tribes. Presiding over the land that once all belonged to Natives, I feel like this is a very deserved nomination. While watching the confirmation hearing, I noticed that Republicans’ only criticisms of her were that she aligned herself with Biden’s ideologies (he was the one who nominated her), and that she opposed fossil fuel expansion.

Usually I can find some rationale in an opposing argument, but it really seemed like they were against her just because she’s a Democrat. I feel like elected officials are smart enough to see someone’s true character and potential, not just the D or R next to their name. On second thought, maybe they’re not. I honestly don’t have truly realistic expectations when it comes to the actions of politicians anymore. Can you blame me? Especially as a Native, I have no reason to believe that the federal government has ever or will ever act in the interests of its constituents.

Weirdly, that makes me more hopeful for the future. With people like Deb Haaland in office, I feel a little more confident that I will be able to give my kids a better world than I had. Haaland has a certain stoic level-headedness that makes Washington politics feel trivial and accessible. Earlier this year I wrote about the Capitol riots, saying that it’s a bit odd to witness history. Well, history isn’t a one-way street. How does it feel to look at the future?