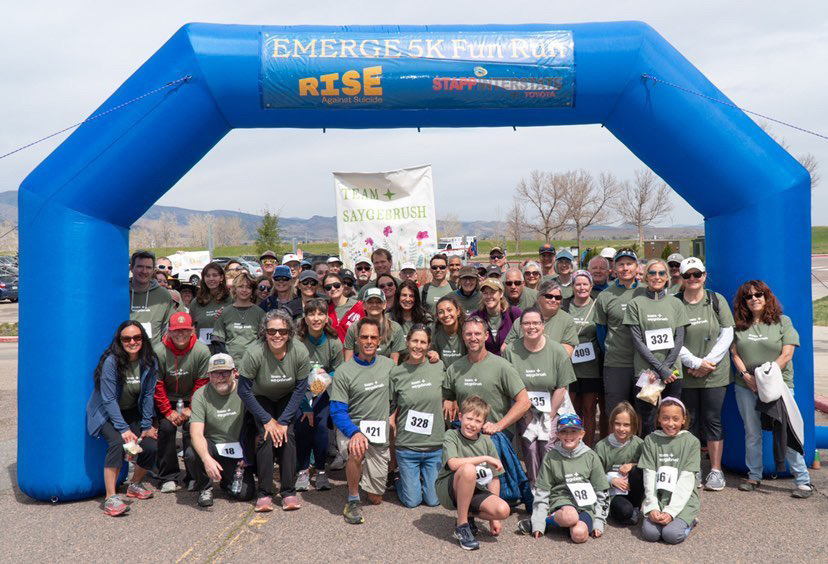 Rise Against Suicide is a nonprofit organization with the mission to remove the social and financial barriers to mental health in order to prevent youth suicides. Every year, Rise Against Suicide holds an annual 5k run, Emerge 5k, to raise money for their goal. “Essentially, it is a bunch of people and groups that have been affected by suicide in one way or another, and we all got together and obviously ran a 5k. We just got to know a lot of people and got to understand how they dealt with whatever tragedy that they have gone through and how it affected them,” said senior Peter Zhong.

The Emerge 5k fundraiser has helped many people in our community feel connected and spread awareness of a topic close to their hearts. “I think that mental health doesn’t really get enough attention, especially in athletics right now, so it was good to see a lot of other people out there bringing awareness to it. It really needs to be a focus today, and I think that the event, in general, brought a lot of awareness to mental health and that is pretty important,” said junior Cami Johnson.

Many of us will never know the true extent of suicide. A wide range of people are affected by varying degrees of connection, whether you lose a child, sibling, teammate, friend, and so much more. “It is not just their families. Obviously, their families get hurt very much, but also their friends, their sports teams, their clubs that they may be in, and how many people are affected by their actions,” said Zhong.

This year, multiple Fairview students joined this nonprofit’s mission and stood alongside many other people impacted by suicide. The topic of suicide and mental health has often been ignored, but many students have had to face these serious problems. “I hope this event works to destigmatize mental health and encourage others to reach out for help. I think it is very taboo within our community and within high school experiences, and I want people to see people from all walks of life and all ages rally behind this cause. Rise is a really good resource, and it is something I wish more people knew about and were able to reach out with. I guess the overall message is that suicide is not the answer and that there are resources. You are here for a reason, so you have to keep fighting,” said senior Fiona Allen.

Participants were able to dedicate their run to specific loved ones, and signs were placed along the route for remembrance. “Along the way, you see these signs with butterflies of people’s names who have lost their lives and throughout the run. There were a bunch of different signs that said ‘Jonny Uhlig’. That meant a lot to me and helped me realize why I am running. For a lot of people, it is hard for them to run, but it helps with motivation,” said senior Ben Anderson.

Students have found ways to show their support within the Boulder community but hope to see more acknowledgment within Fairview. “It breaks so many hearts. Words cannot describe how much it hurts. I want to see more change in Fairview in how they address suicide. I wish they talked about it more just because this is the 3rd time it has happened. We lost Emmasayge this year. I feel like the school always brushes it under the rug, and I wish that wasn’t the case, so I really hope that we can see change in the coming year,” said junior Sophia Elings.

Suicide and mental health raise a big question. What could and should Fairview do? “It is really difficult to know what to do because they can always add more counseling. The week after, they always add more counseling. It is hard within the school environment to deal with your own issues. There is no good solution. If there was, they would have done it already.” said senior Joel Sawatzky.